Since 2014 the NGNP Industry Alliance (USA) and the NC2I (Europe) have been joining forces to promote and work on the industrial development of HTGR cogeneration.

A shared vision between the USA and Europe

The GEMINI Initiative is based on a simple, transparent, accountable and strong international agreement between American and European research organisations and industry to work with their respective governments to carry out the design and regulatory requirements for the development of the first commercial High Temperature Gas-cooled Reactor (HTGR).

The key idea is to combine the best engineering and research talents from both parts of the Atlantic, as well as mutualise industrial capabilities. Moreover, the GEMINI Initiative’s objective is to reduce the costs for each partner involved and make the construction projects more attractive for investors.

The Next Generation Nuclear Plant Industry Alliance and the Nuclear Cogeneration Industrial Initiative are official authorities in charge of the review and approval processes required in the GEMINI Initiative.

Access all news about the GEMINI Initiative and GEMINI+

Identified sites for demonstration (in the USA and in Europe)

Operator/end-users partnership for construction and operation 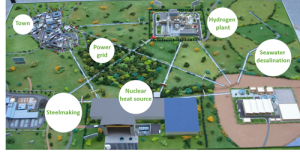 Cogeneration produces and uses heat and steam at the same time. Electricity produced by nuclear power plants generates a certain amount of heat which is usually unused.With nuclear cogeneration, this ‘lost heat’ is used in a variety of industrial applications: district heating and cooling, seawater desalination, process steam supply to industrial steam networks…

Cogeneration integrations may be different depending on the reactor type, fuel type and temperature level. Nevertheless, the specific use of nuclear energy for cogeneration provides many economic, environmental and efficient-related benefits. 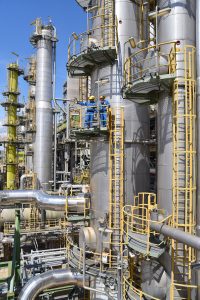 A High Temperature Gas-cooled Reactor (HTGR) operates under higher temperatures than other types of nuclear systems (presently from 750°C). Its high thermal efficiency combined with a robust structural design has made the HTGR a significant alternative for reducing the massive amount of radioactive materials produced during the nuclear fuel cycle. Moreover, safety levels are guaranteed with the HTGR technology: in case of a nuclear accident or extreme natural disaster, the system itself does not require any emergency power sources, cooling water or fluid, or human intervention.

As a new market for the nuclear sector and with an industrial deployment expected to take in less than a decade, the HTGR is considered a mature technology. Indeed, several test reactors and industrial prototype plants for electricity production have been built: Peach Bottom, AVR, Fort-Saint Vrain, THTR…). China (who is currently building two HTGR demonstration plants), Indonesia, Kazakhstan and Saudi Arabia have already kicked off activities to develop an HTGR technology as well.

Considered to be a 4th Generation of reactor (GEN IV), the HTGR can be co-located within new or existing industrial facilities. This application called cogeneration opens new perspectives to substitute fossil fuels necessary for energy production through the heat and steam generated by the nuclear power plant. Even higher temperatures required by some industrial applications could be reached in the near future using nuclear cogeneration. 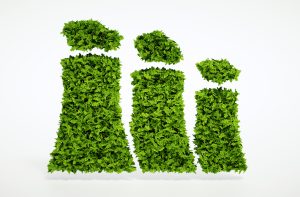 Meanwhile the global electricity demand is continuously increasing, regions such as Europe or the USA are more dependent on imported fossil fuel and natural gas, and the volatility of energy markets has risen, which is partly due to conflicts. That is why for both parts of the Atlantic, nuclear cogeneration could bring a genuine solution to energy security and environmental considerations established at the COP21 and the Paris Agreement (i.e. to keep the global temperature rise this century well below 2°C and limit the temperature increase even further to 1.5°C.)

We use cookies to ensure that we give you the best experience on our website. If you continue to use this site we will assume that you are happy with it.Ok